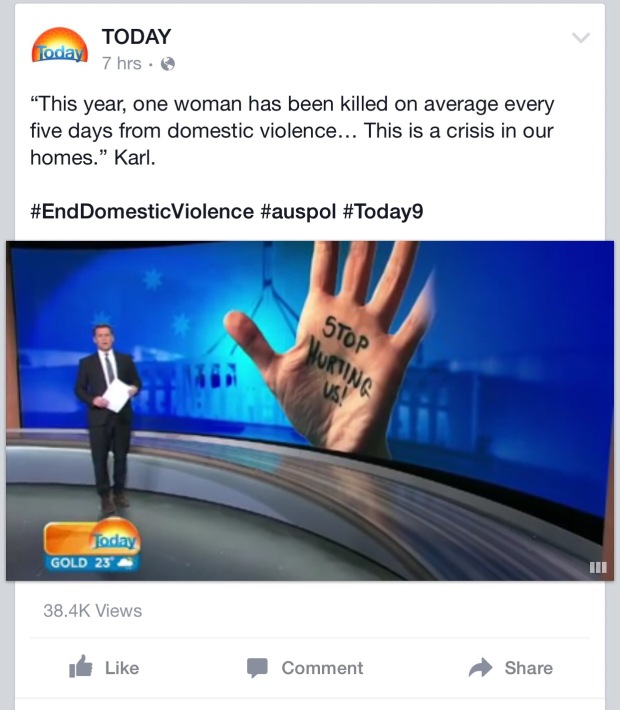 A number of prominent Australian media outlets and personalities have spoken out about violence against women in the last few weeks. It’s a long overdue discussion that Australians have needed to have in order to have any meaningful impact on the issue. With it has followed the usual (and highly predictable) cries of “what about violence against MEN?” in comment sections and on social media.

All this serves to do is consciously derail meaningful conversations about violence against women and achieves nothing for men who are victims of domestic violence.

Domestic violence prevention is not a competition.

Many of these commentors cry that we need to fight ALL violence, but domestic violence is a diverse issue with diverse causes and solutions.

This attitude is like saying we should stop producing vaccines, because it’s stopping us from developing a magic super vaccine that will stop all diseases ever.

Diverse social problems need diverse solutions. We need to discuss domestic violence against women in its own right to  be able to come up with solutions for its highly specific and gendered nature. There will never be a one size fits all solution to violence – so we must have the ability to discuss its many contexts without it being derailed by people whose real agenda has more to do with shutting down women than supporting men who are victims of violence.